This Artichokes Page is from the Cretan Diet section of the Completely Crete website.

The website offers information and an insiders guide to getting the most from Crete, its beaches, its resorts, its food, its culture, its history. 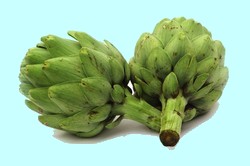 The Artichoke (Cynara scolymus) grows abundantly here on the Greek Island of Crete and is very prevalent in the Cretan Diet.

They are said to be an Aphrodisiac, a haemorrhoid cure & a snack to eat with the local fire water - Tsikoudia (Raki).

Artichokes are lovely flavoured vegetables but quite tricky to prepare. The artichoke comes from the thistle family and its leaves are edible, as is the bottom part of the flower, called the heart.

They are of course a seasonal vegetable available here in Crete in the springtime and are used in the traditional Cretan diet. The locals collect them from the wild and cook them simply by boiling and serving with olive oil and lemon juice. They are also widely available at the farmers markets of Chania, Rethymnon, Heraklion and Agios Nikolaos.

If you cannot get hold of fresh artichokes and go to the trouble of preparing and cooking them you can always buy frozen artichoke hearts.

The artichoke is very high in fibre, potassium, calcium and magnesium. 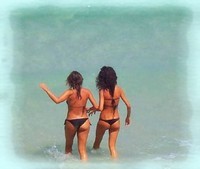 Artichokes are low in calories and are naturally fat-free making them perfect to eat on a weight loss diet.

The artichoke is also a natural diuretic and aids digestion. The Artichoke is also high in cynarine, a chemical which stimulates the production of bile which helps the digestion of fats and helps to lower cholesterol.

One medium cooked artichoke with no added salt has 4.2 grams protein and 6.5 grams of fibre. Artichokes are rich in Vitamin B3, Vitamin B5, Vitamin B9 and Vitamin C.

How to Prepare Artichokes

1. Rinse the artichokes thoroughly as dirt can be lodged between the leaves.

2. Pull off the tough outer, lower leaves. With a sharp knife, slice off the stems so that they’re level with the bottoms of the artichokes.

3. Place the artichokes in a steamer and steam for around 30 minutes until the outer leaves can easily be pulled off.

4. To eat the leaves pull them off, one at a time and hold them by the tip. Place in mouth and pull through teeth to remove soft, pulpy, tender flesh. Discard remaining leaf.

5. When the leaves are gone, use a fork or spoon to scoop out the hairy inedible layer, called the choke and discard. 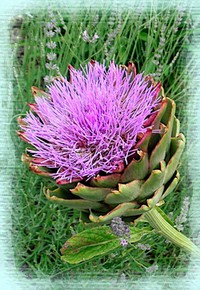 The artichoke known in Latin as Cynara scolymus grows wild here in Crete and is used in folklore medicine as well as eaten as a vegetable.

If allowed to flower, the blossoms measure up to six inches in diameter and are a beautiful violet colour. Generations of Cretans have used both the flower and the leaves in an infusion to treat fever.

The pounded fresh leaves made into a poultice are an effective treatment for haemorrhoids and for tonsillitis – or so I'm told!

It is eaten raw, dipped in lemon and olive oil by men sitting in kafenions drinking the local fire water – Tsikoudia (Raki). They claim it to be a potent aphrodisiac! 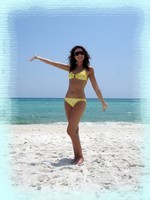 Native to the Mediterranean artichokes were a firm favourite with wealthy Romans who dipped them in honey and vinegar and considered them both a delicacy and an aphrodisiac. This is despite the fact that Pliny, the Roman naturalist spoke of the choke as "One of the earth’s monstrosities."

Artichokes were later imported to America by the Italian emigrants around the 1800s where the artichoke became a favourite "new' vegetable and farmers in California were encouraged to grow the crop.

Later a New York Mafia leader was dubbed the "Artichoke King" after he began his monopoly of the artichoke market. Using violence and terror to control the price by farmers, distributors and produce merchants he began what became known as the artichoke wars in 1935.

These "artichoke wars" led the Mayor of New York, La Guardia, to briefly outlaw the sale of artichokes until competitive distribution could be ensured.

He lifted the ban after just one week and publicly admitted that he himself loved the vegetable.

A decade later a future Hollywood starlet named Norma Jean also found fame with the humble artichoke when in 1947 she was crowned the first Queen of the Artichokes in Castroville, California, known as the artichoke capital of the world. Norma later became the legend that is Marilyn Monroe. 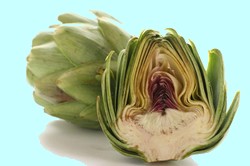