Kingfishers in Kalyves and Other News

The swallows have gone (see Swallows in Kalyves) and the kingfishers are back.

We have two almost identical bays where we live, in western Crete, both with beaches and a cliff face that forms a backdrop to a small fishing harbour. One at Kalyves and one at Almyrida. 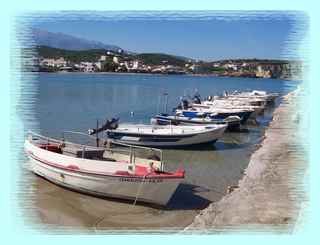 Now that the midday heat has subsided, we often take a small picnic to one of these harbours - Kalyves, if we are feeling lazy. Sometimes we take the walking path to Almyrida.

The walk to Almyrida is quite a testing one - up and down some steep slopes until you finally get to the beach near the Almyrida Beach Hotel.

We have seen kingfishers at both harbours, flying and fishing amongst the boats, sometimes as flashes of metallic turquoise skimming over the sea, almost touching the water. 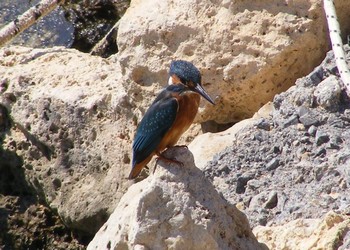 A KINGFISHER AT KALYVES

These news reports appeared in the Kathimerini newspaper recently:

Greece continues to be affected by the problem of illegal immigrants...

"Police are planning to crack down on the illegal trade in central Athens which has flourished over the past year following the influx into the capital of thousands of would-be immigrants.

The capital’s historic district will have a permanent police presence from now on and officers have been instructed to carry out surprise raids on stores suspected of trading in counterfeit products, said Deputy Interior Minister Panayiotis Hinofitis following a meeting with top-ranking officials from the Public Order and Development ministries, City Hall and the police force.

The officials also decided to set up a committee to monitor the tactics used by illegal traders and to make recommendations as to how they may best be curbed. The initiative is to be extended to Piraeus, which has also seen an increase in the trade in counterfeit goods."

BUT, we in Greece don't seem to be too badly affected by the Credit Crunch...

" People are getting very, very worried about the consequences of the financial crisis that is rocking the United States and which this week began to shake Europe. With the news of one bank after another being rescued by government intervention in the United States and Europe, Greeks are wondering what is happening to their banks and their deposits. Prime Minister Costas Karamanlis has repeatedly said that the crisis will not affect the Greek banking sector."