Crete has the most species of wild herbs in Europe

Teaming with this wide variety of fragrant herbs and spices, the Island seems to be one massive herb rack. The Cretan diet features their use quite heavily and adds flavour, aroma and variety to foods. Cretans also use them to make aromatic herbal teas with distinctive medicinal qualities, Dittany of Crete (dictamnus) and Greek Mountain Tea being the most famous. The Minoans of Crete and the Ancient Greeks enjoyed both the therapeutic benefits of the wild herbs and the culinary seasoning added to their foods.

Today the Cretans and many other people enjoy a wide variety of herbs to flavour and season their food. 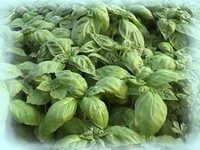 Greek Basil is great to use in any recipes containing tomatoes. It is a very versatile herb and can add flavour to many dishes. It goes well with vegetables, soups, salads, eggs, seafood, meat, and game.

Hippocrates considered Basil as beneficial to the heart and prescribed it for treatment of constipation and to prevent vomiting. And Pliny suggested vinegar scented with basil would help prevent fainting.

Basil is of considerable religious significance to the Eastern Orthodox Church and is used by the priest to bless people with. Many Greeks bring basil plants as gifts to the church or to have their basil plants blessed by the priest, as a blessing for the health and prosperity of their home.

The Organic Home respects, supports and nurtures the ecology and sustainability of Earth, with the conviction and determination of a guardian of a beautiful garden. Visit their website to learn more: The Organic Home

In cooking, bay leaves are used to flavour soups, stews, and meat and fish dishes. They are excellent used in tomato based recipes and are generally removed from the dish before serving.

Ancient Greek mythology relates the tale of the sun god Apollo who pursued the uninterested nymph Daphne. Apollo was relentless until the gods granted her mercy by turning her into a laurel, or bay tree. The Greeks still refer to the tree that bears the bay leaf as Daphne.

The Bay tree has been cultivated since ancient times and was considered a sacred tree because of the myths and legends associating the tree with both Apollo and Zeus. Pythia, Apollo's priestess and Oracle of Delphi, is said to have chewed bay leaves as part of the ritual to foresee the future. In an earlier era again at Delphi, the sun god Apollo is said to have made a wreath or crown from laurel to signify his victory over slaying the dragon Python. The victory crown was later bestowed upon winning athletes at the Pythian games (at Delphi) and at the Olympian games too.

In ancient Greek history Homer, the ancient Greek writer and philosopher in the epic "Odyssey", mentions bay laurel as a herb and medicine used by Ulysses. 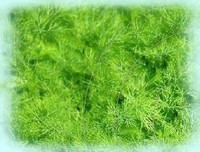 Dill is used in cooking and in bread making. Dill goes very well with fish in combination with lemon juice. Dill is also used as an ingredient in recipes for pickles, meat, soups and vegetables as well as a flavouring for olive oil and vinegar.

It is said that ancient Greek and Roman soldiers used dill as a medicinal herb, by placing burned dill seeds on their wounds to promote healing.

In Medieval Europe Dill was in great demand and it could not be grown fast enough to supply people for its uses in love potions, for casting spells, and for protection against witchcraft. Carrying a bag of dried dill over the heart was considered protection against curses. 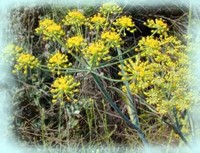 Fennel has a definite anise or liquorice flavour and is a great addition to many Greek dish. Fennel leaves are widely used in Greek cooking both as a herb and as a green. Fennel is generally used to flavour meat, seafood, and vegetable dishes, and is also an ingredient in delicious greens’ pies.

Fennel (Maratho) is said to have been named, by the Ancient Greeks to commemorate a battle at Marathon (490 BCE) against the Persians that was fought in a field of fennel.

Marjoram is used widely to flavour most meat dishes. It also enhances the flavour of tomato dishes and is used in salad dressings. 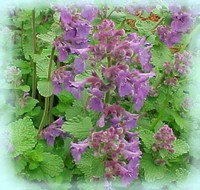 In Greek cooking, mint is used to add flavour and enhance many dishes including cheese dishes, meats, and rice dishes. Steeped fresh mint is also a favourite herbal tea.

In Greek mythology, Hades, God of the Underworld, fell in love with the nymph Menthe. Persephone, his consort, became madly jealous and began to step on Menthe, beating her with furious kicks. Menthe however was transformed into the mint plant, and with each tread of Persephone's foot, this plant released a delightful scent. 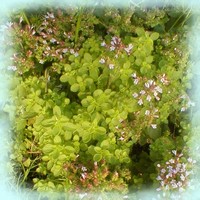 Oregano is used widely in Greek cooking and is found in tomato sauces, with meats, fish, cheese, egg dishes, salads, cheeses, and with vegetables including tomatoes, courgettes, and green beans. It is also used to prepare a tea that is believed to be a treatment for indigestion, coughs, and to stimulate menstruation.

The name "oregano" translates as "joy of the mountain" and has its origins in the ancient Greek "oros" (mountain) and "ganos" (joy). It is said in Greek mythology, the sweet, spicy scent of oregano was created by the goddess Aphrodite as a symbol of happiness.

In Ancient Greece, bridal couples were crowned with garlands of oregano. Oregano plants were placed on tombs to give peace to departed spirits. 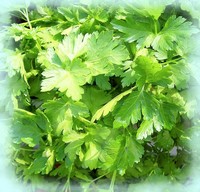 Parsley adds flavour and taste to a many dishes. In Greek cooking Parsley is used like a vegetable with many cooks adding it in great quantities to soups and stews. 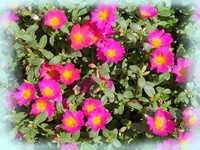 Purslane has many uses in Greek cooking and can be sautéed as a side dish, or added to soups and used with fish and meats. Used raw, Purslane is super in salads. A popular and very common summer salad on Crete combines fresh Purslane with Greek yoghurt. Purslane is also preserved for winter use by pickling in vinegar with garlic cloves and peppercorns.

In ancient Greece, Hippocrates regarded Purslane as an important medicinal herb for treatment of fever, female disorders, stomach aches, haemorrhoids, and for the healing of wounds. In ancient times it was considered an anti-magic herb, and was strewn round the bed to afford protection against evil spirits. 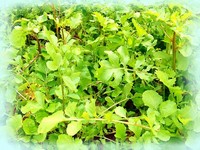 Also known as Arugula, Rocket, is a delicious addition to other salad greens, and is used in chicken and tuna salads, egg dishes and pasta dishes. It is commonly used on Clean Monday - the beginning of the Lent in the Greek Orthodox Church calendar.

To the ancients, the seeds of the Arugula were used to flavour olive oil, and were used as an ingredient in aphrodisiac potions dating back to the first century. 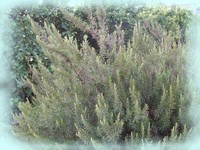 Rosemary is a very versatile herb that seems to complement and enhance a wide range of foods, particularly roasted meats. Rosemary is also used widely in marinades and breads, cooked greens and soups.

Ancient civilizations used Rosemary as both a medicine and cooking herb. As a medicine, various preparations and extracts made from rosemary were used to treat all manor of ailments including abdominal pain, mouth ulcers, and sore throats. It was also said to lessen the pains of arthritic joints, to promote healing of wounds and to treat eczema.

Rosemary is called "the herb of remembrance" and students in ancient Greece wore garlands of it around their necks, or braided into their hair to improve their memory during exams. Rosemary tea is said to act as a stimulant for study and concentration. 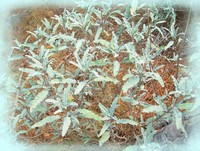 Sage has a strong flavour and should be used sparingly in cooking. Small amounts of sage leaves are often used in cooking meats and poultry. Sage goes very well with pork, duck, sausage, and bacon. On Crete, Sage is often used in the process of smoking sausages, and while baking the traditional hard bread of Crete named Dakos by inserting twigs of Sage in the wood-fired oven.

Sage tea is also a popular drink on Crete and is said to ease menopause related ailments.

Ancient Greek physicians, such as Dioscurides and Hippocrates, were very familiar with the medicinal and therapeutic qualities and applications of sage. Folk medicine in many parts of the world also consider Sage as a "cure all" medicine. 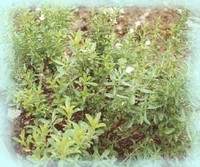 Savory goes well with dishes containing beans and is used to enhance the flavour of fish, vegetables, eggs, soups and stews. Also use Savory as a garnish.

Through the centuries Savory has been used to soothe stomach pains, promote the health of the female reproductive system, and as an aphrodisiac.

The generic name for Savory is Satureja, which comes from the Latin Satyrus, a Satyr. In Greek mythology, satyrs were lascivious, horned creatures with cloven hoofs who inhabited forests and loved to chase nymphs. This legend probably gave rise to Savory's reputation as an aphrodisiac. 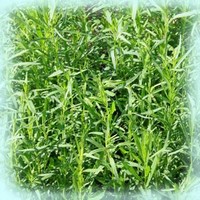 Tarragon is lovely herb for flavouring vinegar and olive oil and for use in omelettes, with mushrooms, and grilled chicken.

The French generic name for Tarragon (Artemisia) derives from the Greek "Artemis" – twin sister of Apollo and goddess of the moon - due to the soft, silvery colour of its leaves, as if they are bathed in "moon beams". 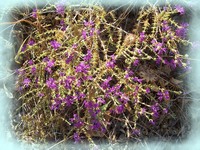 In mythical folklore, thyme flowers were full of perfume and nectar for the bees, traditionally the messengers of the fairy world. Thyme honey is very popular here on the island of Crete.

Ancient Greeks believed Thyme could restore physical vigour and relive melancholy. Thyme was used in ritual altar fires, to purify the sacrifices to the gods. Thyme was also burned as incense at funerals and placed in the coffin of the dead. It was believed that the soul of the deceased took up residence in the flowers of the thyme plant, and that thyme assured the passage of the deceased into the afterlife.