Oxi Day (pronounced oshy and sometimes spelt as 'Okhi Day' or 'Ochi Day') is celebrated every year in Crete and the rest of Greece on October 28th. It is a public holiday and it is commemorated with military, student and union marches and parades. The Greek flag flies freely on almost every building. 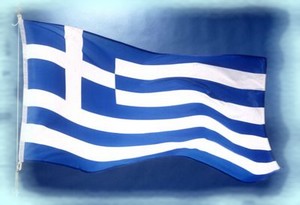 Oxi day commemorates the very firm "No! (Oxi!) of the Greek government to the capitulation ultimatum of Mussolini in World War II. 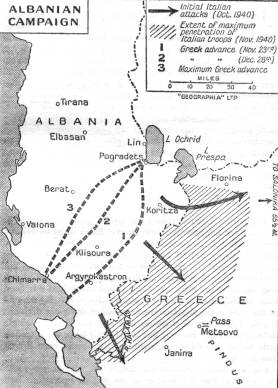 The Greek cruiser Helle is torpedoed and sunk, lying at anchor in Tinos harbour. Fragments of the torpedo reveal that the armament was of Italian manufacture.

The Italian War Council decides on the attack on Greece.

In October 1940, Europe was being oppressed by Nazi Germany. Poland, the Low Countries and France had already fallen and Britain was fighting the Axis powers of Germany and Italy alone.

At that time the Italian dictator, Benito Mussolini, had massed an Italian army in occupied Albania directed at Greece.

In the early hours of October 28, 1940 Mussolini issued an ultimatum to the Greek leader Ioannis Metaxas to surrender, in effect, by allowing Italian troops to occupy Greece.

Greece's brave and adamant reply of Oxi! (No!), to Mussolini's capitulation ultimatum echoed throughout the world and gave much needed support to Britain and the forces of freedom. Metaxas' reply marked the beginning of participation of Greece in World War II. 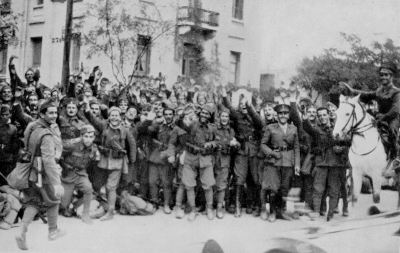 Greek Soldiers prepare to go to the front