This Crete Mountains section hopes to give you a flavour of the beauty of this wonderful Greek Island.

If you aim to hike along mountains of Crete the best months to do this are May and June and September and October. The other months are either to wet and windy or far too hot for comfort.

If you are a relatively healthy and active person, the most memorable and enjoyable experiences can be found by exploring the island during long walks or hikes. The fabulous flora and fauna of Crete is unique and the scenery breathtakingly stunning and can really be appreciated while out walking. 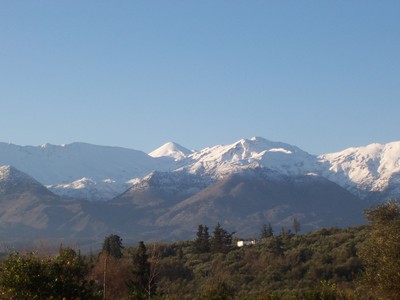 For the more adventurous there are so many opportunities to explore the great gorges and mountains of Crete. Trekking, caving, mountaineering, cycling, climbing and hiking through the mountain ranges, gorges, caves and plateaux is a challenging yet rewarding way to discover Crete and all her beauties.

The Greek Island of Crete is the most mountainous island of Europe with a high mountain range crossing it from West to East, formed by three different groups of mountains. 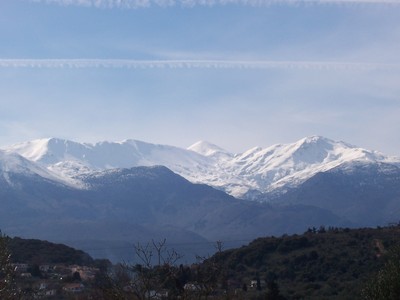 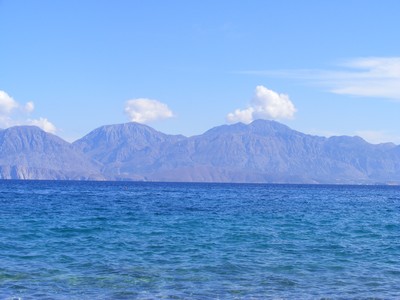 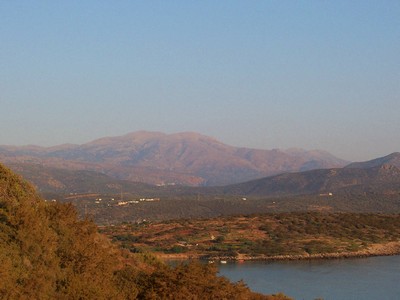 The White Mountains or Lefka Ori dominate the landscape of west Crete. These Crete mountains are named White Mountains not because they are covered in snow until late in the spring, but because the sun reflected on the limestone summits gives the appearance of whiteness.

The White Mountains are comprised of three groups of mountains that are loosely identified as the eastern, central and western ranges. The highest summit is Pachnes (2453m); a mere three metres lower than the highest peak on Crete, Psiloritis. There are 111 peaks over 1500m high making the White Mountains an attractive destination for many walkers, hikers and climbers.

The White Mountains also have about 50 gorges, the most famous being the Samaria Gorge. Another characteristic of the White Mountains are the high plateaux in the centre of the mountains. The best known is the plateau of Omalos which is a round plain surrounded by mountains, at an altitude of 1100m.

Mount Ida or Psiloritis is a single elongated mountain mass whose highest peak is Timios Stavros (2456m) and is the highest point in Crete. This is perhaps the most well known of the Crete mountains. West of Knossos and dominating the landscape of central Crete, Mount Ida is just 3m higher than Pachnes, the highest summit of the White Mountains. Amongst the Mount Ida mountain range are numerous caves, gorges and plateaux.

Supposedly Mount Ida was where Zeus grew up. On its slopes is the Ideon Andron or Zeus Cave, just a 15 minute walk from Nida Plateau where he was said to be raised by nymphs. Other tales from Greek mythology relate how Minos, the famous king of Crete, himself a son of Zeus, came every nine years to this cave to listen to his father and seek his help in formulating laws.

In east Crete is Dikti or the Lassithi Mountains, a range with many peaks, the highest being Spathi at 2148m. The Mount Dikti range and the Lassithi Plateau, which spreads out between the peaks is home to many myths and legends of Greek mythology. On the northern slopes of the Dikti mountain range is the Psychro Cave, also known as Dikteon Andron where Zeus was reputedly born, later to be raised by nymphs at Mount Ida.